A complete system of cabling and associated hardware, which supports multiple hardware uses systems and provides a comprehensive telecommunication infrastructure. Structured cabling is either building or campus based. There are a set of standards that govern the design and installation of Structure...

The IT Infrastructure of an organization is constantly up-to-date with the ever-changing demands of the current business landscape is of paramount importance in the long-term growth and success of that organization. That is why an ideal and best IT Infrastructure Solution Provider must be able to f... 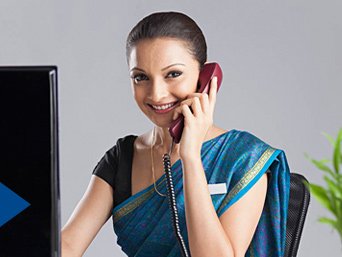 A standalone Telecommunication System that lies outside the common Public Telephone Network system for use within a building or collection of buildings essentially for business functions. This constitutes a Private Branch Exchange (PBX) System. It basically functions as an intercommunication device by facilitating connections to other PBX systems, public addressing systems, telephones, walkie-talkies etc.

The traditional PBX system in which a phone box is used to connect all the on-site phone (ISDN) lines. It normally exists as a physical exchange box within the company premises. Even though analogue systems are largely being replaced by IP based systems nowadays, still many businesses prefer analogue with in-house overheads mainly because of their relatively lower cost, full hardware ownership etc.

The advanced PBX system (also known as Voice over IP or VoIP) with an additional IP connectivity for enabling video, audio, or instant messaging communication using the TCP/IP protocol stack. An IP PBX system can switch between VoIP and traditional telephones, at the same time offering the exact functionality of traditional PBX system.

IT Support and
Consultancy

Designed and developed by websoultechserve.com